An attachment is an emotional connection between an individual and another person (an attachment figure). When two people form an attachment bond, they feel more secure in each other’s presence and desire to be close to one another. Although there are many different types of attachment, A Level psychology primarily looks at attachments between infants and caregivers, including: 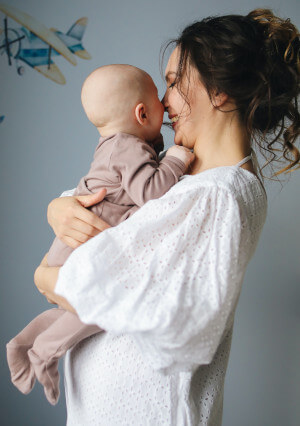 A newborn baby is unable to support itself, and so must develop attachment bonds with adults who can provide it with food, shelter, and protection.

Although a newborn baby cannot speak with a caregiver to develop these bonds, there are several ways infants and caregivers communicate that help develop an attachment between them. The syllabus mentions two in particular: Interactional synchrony and reciprocity.

Interactions between caregivers are not simply one-way, they are reciprocal. For example, when the baby smiles, it will often make the mother smile back and vice versa. These kinds of reciprocal interactions strengthen the emotional connection between infant and caregiver.

Infant development typically progresses according the following cycle, as identified by Schaffer and Emerson (1964) and described in Schaffer (1996):

The role of the father

In most cases, an infant’s primary attachment figure will be its mother. However, in many cases, it will be the father instead. 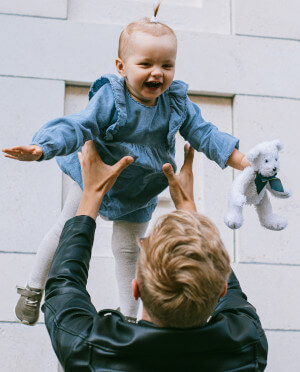 Traditionally, mothers and fathers play different roles. The mother is typically seen as occupying the caregiving and nurturing role to the infant, whereas the father is seen as a playmate who provides more physical and exciting play than the mother. Due to this, infants tend to prefer contact with their fathers when they are feeling happy and positive and want to play, but prefer contact with their mothers when they are upset and want comforting.

Although fathers have typically been seen as occupying a less important role than the mother, societal changes (such as more mothers going out to work) mean men are often expected to play a bigger role in parenting than before. It is increasingly common for men to be the infant’s primary caregiver instead of just a playmate.

A lot of early psychological research into attachment was conducted on animals. This is because such research is generally considered more ethical than if conducted on humans, yet there are many similarities between humans and animals that can inform knowledge of human psychology. 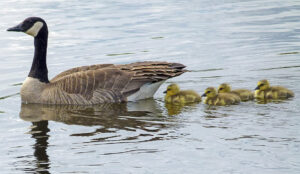 Imprinting is a form of attachment where an animal (particularly birds) develops an attachment to the first large moving object it sees. In 1935, Konrad Lorenz conducted a study with the aim of investigating the mechanisms and effects of imprinting.

The procedure of Lorenz’s experiment was as follows:

This experiment demonstrates imprinting. The newly hatched goslings developed an attachment to the first moving object they encountered, regardless of whether it was their biological mother or not. Lorenz noted that imprinting occurred within 4-25 hours after birth.

The aim of Harry Harlow’s 1959 studies was to test whether attachment is based solely on food (as learning theory might suggest) or whether there is more to attachment than this.

The procedure was as follows: 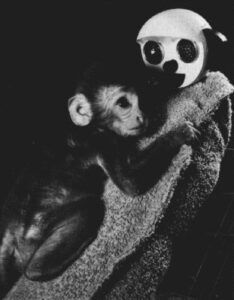 The syllabus mentions two explanations of why humans form attachments: Learning theory (behaviour learned through conditioning) and Bowlby’s monotropic theory (the result of an innate instinct to form an attachment). 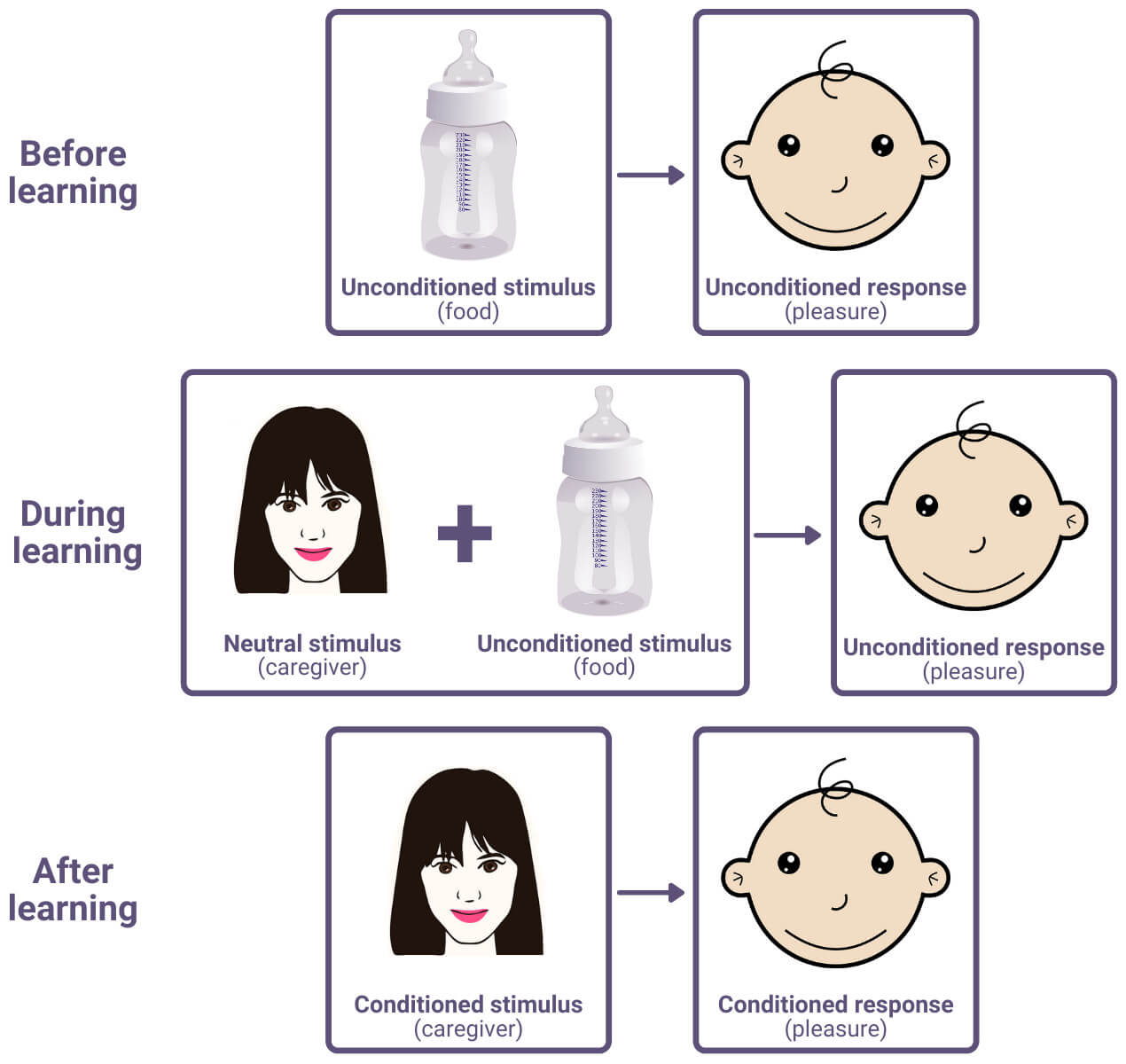 Learning theories of attachment may also reference operant conditioning (again, see the approaches page for more details). For example, reducing the unpleasant feeling of hunger may negatively reinforce attachment towards the caregiver.

Strengths of learning theory of attachment:

Weaknesses of learning theory of attachment:

Bowlby rejects learning theory as an explanation of attachment. Influenced by Lorenz and Harlow’s animal studies, Bowlby instead argued that humans evolved an innate capacity to form an attachment to one (hence monotropic) attachment figure from birth – usually the mother. Although infants may develop other attachments beyond this, these attachments are secondary and much less important.

Bowlby’s explanation of monotropic theory is evolutionary: In a dangerous environment, infants would die if left to fend for themselves, so nature selects for those babies who naturally behave in ways that form bonds with caregivers who will protect them. These natural behaviours are not learned, as learning theory suggests, but are instead pre-programmed from birth (innate).

According to Bowlby’s theory, there is a critical period within which an infant can develop attachments. After this period, the infant will have difficulty forming attachments at all.

Bowlby’s theory says that an infant’s monotropic (primary) attachment forms a template for all relationships that follow. This template is known as the internal working model and is a cognitive framework through which the individual understands themself and their expectations for relationships to other people. The internal working model also creates some consistency between the emotional experiences of early life and the emotional experiences of later relationships.

Strengths of monotropic theory of attachment:

Weaknesses of monotropic theory of attachment:

The syllabus lists 3 types of infant attachment styles: secure, insecure-avoidant, and insecure-resistant. These differing attachment styles can be observed in the strange situation procedure, which produces varying outcomes when conducted in different cultures.

The procedure for the strange situation involves exposing infants to 8 ‘episodes’ (each around 3 minutes in duration) during which various people enter and leave a room. The sequence of these 8 episodes is as follows:

One of Ainsworth’s strange situation studies involved 106 infants 9-18 months old and their mothers. The aim of this study was to test the infants’ stranger anxiety, separation anxiety, and reunion behaviour. Ainsworth also wanted to observe infants’ exploration behaviour (which is seen as important for cognitive development).

Ainsworth identified 3 types of attachment from observation of the infants’ behaviour during the strange situation procedure: secure attachment, insecure-avoidant, and insecure-resistant.

Around 70% of infants exhibited behaviours associated with secure attachment:

Around 15% of infants exhibited behaviours associated with insecure-avoidant attachment:

Around 15% of infants exhibited behaviours associated with insecure-resistant attachment:

Many studies across many different cultures have used the strange situation procedure to measure attachment styles. Van Ijzendoorn and Kroonenberg (1988) conducted a meta-analysis (a study of studies) with the aim of determining whether attachment styles are universal across cultures or whether cultural conditions affect attachment styles.

The procedure for the meta-analysis involved collecting data from 32 studies across 8 countries. Together, these studies observed a total of 1990 mother-child pairs in the strange situation procedure.

The results of the meta-analysis were as follows:

However, in many cases, intra-cultural differences (differences between studies conducted within the same country) were often greater than inter-cultural differences (differences between studies conducted in two different countries). For example, while one USA study observed 94% of infants had insecure-avoidant attachments, a different USA study observed that just 47% of infants had insecure-avoidant attachments.

Attachments in infancy appear to be highly important for psychological development. The syllabus looks at the influence of infant attachment on adult psychology, as well as the effects of breaking early attachments as observed in the Romanian orphan studies and according to Bowlby’s maternal deprivation hypothesis.

Bowlby argued that attachments between infants and their mothers – particularly during the critical period before age 3 – are essential to healthy psychological development.

According to Bowlby, infants separated from their mothers for a short time (e.g. being left with a babysitter) display the following pattern of behaviour:

More importantly, Bowlby argued that if infants are separated from their mothers for a long time (deprivation) during the critical period (e.g. when the mother dies) then it will permanently damage the infant’s psychological development. For example, he believed that maternal deprivation can lead to aggression, social maladjustment, and depression.

Bowlby’s maternal deprivation hypothesis is supported by observations from his clinical work with children. In Bowlby (1944), Bowlby interviewed 44 children who had been referred to him for stealing and compared them to a control group of 44 ’emotionally disturbed’ children who did not steal:

Privation is when an infant never forms an attachment. It may occur when an infant is raised away from their parents in an institution such as an orphanage or a children’s home. The psychological and behavioural effects of being raised in such institutions are known as institutionalisation.

Effects of institutionalisation may include:

Rutter et al (1998) studied the effects of privation and institutionalisation in their Romanian orphan studies. Conditions in Romania in the early 1990s were difficult, and the children placed in orphanages suffered from minimal contact with adults and poor nutrition. A key aim of Rutter’s study was to see whether the effects of such extreme privation in early life could be overcome with love and care.

The procedure of the studies was as follows:

The findings from the follow ups were as follows:

These findings suggest institutionalisation can be largely reversed if the infant is shown love and care. However, the longer the infant goes without forming an attachment, the more likely they are to suffer permanent developmental issues.

The influence of early attachment 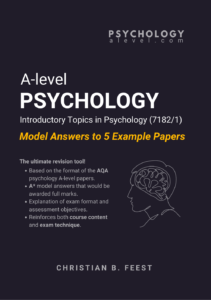 Example question: Discuss the influence of early attachment on relationships as an adult. [8 marks]

For example, Youngblade and Belsky (1992) conducted a longitudinal study of 73 children. They found that children who had demonstrated secure attachment styles at 1 year old (as measured using the strange situation procedure) were more likely to have close friendships and get along well with other children by ages 3-5. The continuity between infant attachment and child friendships is also supported by Laible et al (2000), who found that adolescents who scored highly for parent attachment were also more likely to score highly for peer attachment too.

Hazan and Shaver (1987) conducted a study to test for continuity between infant attachment styles and romantic attachments as adults. Participants completed questionnaires that asked them to say which of 3 statements best applied to their feelings on romantic relationships – and each of these 3 statements would correspond to one of Ainsworth’s attachment styles (secure, insecure-avoidant, and insecure-resistant). Participants were also asked to complete a checklist on childhood relationships with parents, with answers again corresponding to Ainsworth’s attachment styles.

Several studies, for example Bailey et al (2007), have found that attachment styles in infancy are correlated with parenting styles in adulthood.