Memory is the ability of the mind to retain information. The A Level psychology syllabus looks at various cognitive models of memory, starting with the multi-store model (MSM), which breaks memory down into 3 components:

Additional cognitive models break down the components of the MSM into further detail. For example, the working memory model (WMM) provides extra detail about how short-term memory works. The syllabus also requires you to know about the different types of long-term memory.

As well as these models of memory, the syllabus also mentions explanations of forgetting, and eyewitness testimony.

Atkinson and Shiffrin (1968) devised the multi-store model (MSM) of memory. It is a cognitive approach that explains memory as information passing through a series of 3 storage systems: the sensory register, then short-term memory, and then long-term memory.

Each of these storage systems has different features in terms of:

The first system of the MSM is the sensory register. It basically contains the immediate data that comes from the senses.

If the individual pays attention to the information coming in via the sensory register, that information is passed on to the next storage system of the MSM – short-term memory – where it may be retained for longer.

The second system of the MSM is short-term memory (also called working memory within the WMM). It basically contains all the information that an individual is currently thinking about.

Extended rehearsal can transfer information from short-term memory to the next storage system of the MSM: long-term memory.

Once a long-term memory is stored, it can be retrieved and temporarily transferred to short term memory and manipulated (this retrieval process may also improve the duration of the memory). An example of retrieval would be remembering a pleasant experience from your childhood and thinking about how you felt that day.

Strengths of the multi-store model:

Weaknesses of the multi-store model:

The working memory model (WMM) was developed by Baddeley and Hitch (1974) and builds on the multi-store model – in particular, the MSM’s model of short-term memory. Rather than replacing the MSM, the WMM is better understood as a more detailed description of the MSM’s short-term memory component.

Whereas the MSM describes short-term memory as a single store, the WMM divides short-term memory into 4 separate components: the central executive, phonological loop, visuo-spatial sketchpad, and the episodic buffer. These components serve different functions and hold different types of information, which are actively worked upon as the individual thinks. 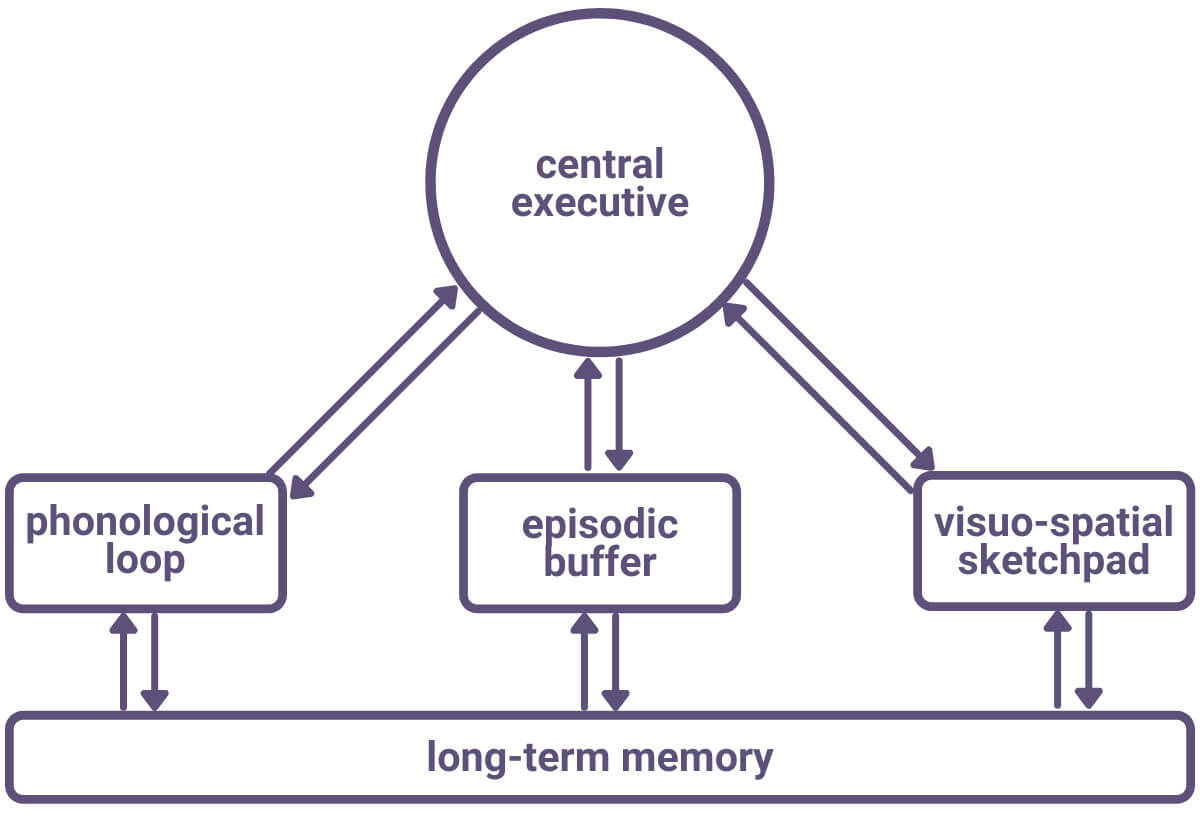 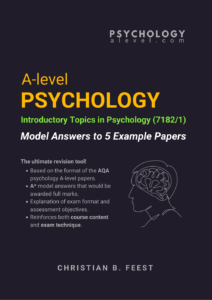 The central executive has a fairly limited capacity. For example, Baddeley (1996) observed that participants struggled to perform two tasks (e.g. generating lists of random numbers and switching between pressing letters and numbers on a keyboard) simultaneously, and suggested this was because both tasks were competing for central executive resources.

The phonological loop is the system that deals with information coded in auditory (sound – particularly words) format. It has two sub-systems:

The episodic buffer is a temporary store for information coded in all forms (auditory, visual, etc.).

The original WMM did not include the episodic buffer. But because the central executive has no storage capacity, and the phonological loop and visuo-spatial sketchpad are only able to store and process specific types of information, the introduction of the episodic buffer in 2000 explains how people can combine and store general information from the various components of short- and long-term memory.

For example, the working memory of a story will likely contain visual, semantic, and chronological information (i.e. the order of events). These different types of information would be combined in the episodic buffer to form a coherent story in short-term memory.

Strengths of the working memory model:

Weaknesses of the working memory model:

The main distinction is between explicit and implicit long-term memory. Explicit LTM is conscious and easy to put into words – for example remembering your first day at school (episodic), or a fact such as “Paris is the capital of France” (semantic). In contrast, implicit LTM is more subconscious and includes skills and abilities such as knowing how to ride a bike (procedural). 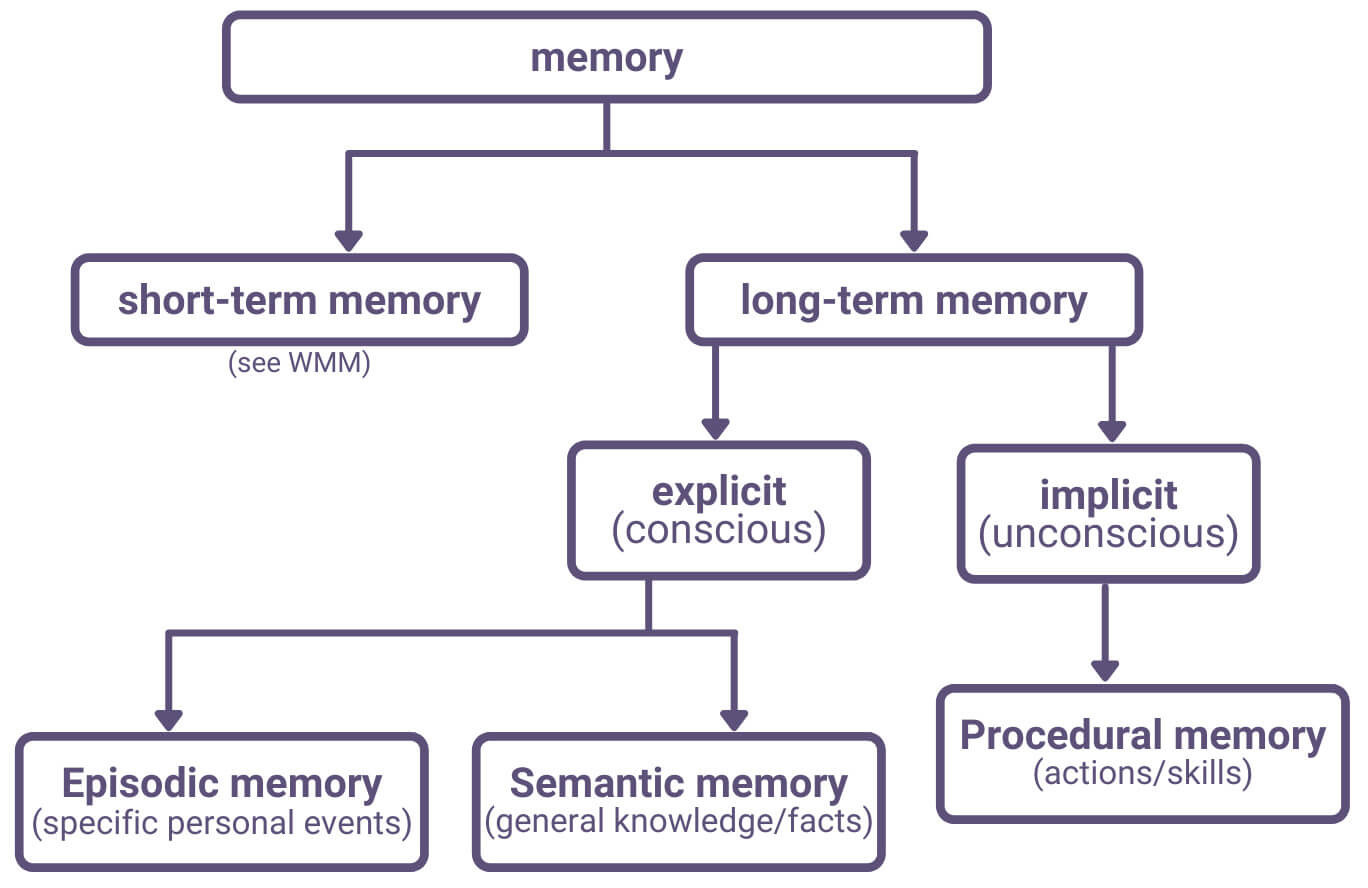 Episodic long-term memory covers the story of our lives – things like memories of specific events and the order they occurred in. For example, remembering your first day at school, or a holiday you went on a few years back, or some embarrassing memory of falling over are all examples of episodic long-term memory. It includes context (e.g. time and place), details of what happened, and the emotions felt.

Semantic long-term memory covers meaning, understanding, and general knowledge. Examples of semantic memory would be facts like “the Battle of Hastings was in 1066” and general understanding of concepts like dogs as 4-legged mammals that run around and bark. 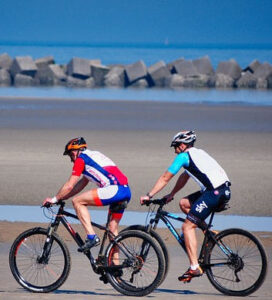 Procedural long-term memory covers how to do things – actions, skills, abilities, etc. For example, remembering how to juggle, ride a bicycle, or drive a car. We begin forming procedural memories from a young age – things like knowing how to walk and talk are learned and then stored as procedural memory.

Although procedural memories are easy to act out, they are difficult/impossible to consciously explain in words. So, unlike semantic and episodic LTM, procedural memory is implicit. The fact that procedural memories do not require conscious thought means they can be recalled while simultaneously performing other cognitive activities – for example, trying to remember what the tallest mountain is (semantic, explicit) while walking along the road (procedural, implicit).

Forgetting is the inability to remember memories. Although there are many explanations of forgetting, the A level psychology syllabus lists two specifically: Interference and retrieval failure due to absence of cues

The first explanation of forgetting is interference. Interference is when existing information stored in memory disrupts recall, and can be either proactive or retroactive: 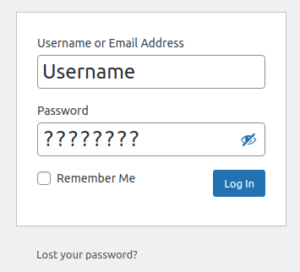 Proactive interference is when older information interferes with your ability to remember something newer. For example, you’re trying to remember the new login password you set but you keep thinking of your previous one.

Context-dependent failure is when the external environment does not provide the cues necessary to recall a memory. For example, you might be perfectly able to remember your bank card pin code when you have to type it in an ATM, but struggle to remember it when walking along a beach. 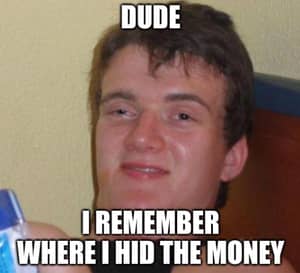 An example of a differing internal environment would be being sober vs. on drugs. For example, Darley et al (1973) observed that participants who forgot where they hid money while high on cannabis were more likely to remember where they hid that money once they got high again compared to when they were sober.

AO3 evaluation points: Forgetting due to absence of cues

Several psychological studies have shown the accuracy of eyewitness testimony can be altered after the event by exposing the witness to misleading information during post-event discussion.

For example, Loftus and Palmer (1974) conducted a study to test the effect of leading questions. The procedure for one experiment was as follows: 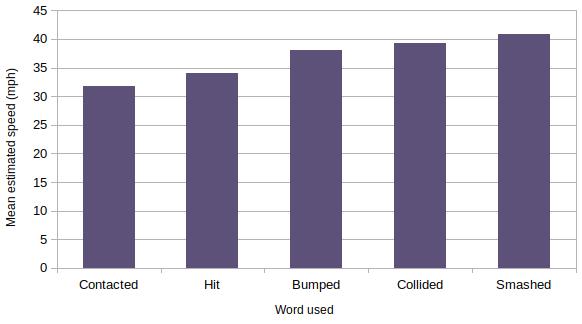 Asking the question using a more intense the verb (e.g. ‘smashed’) rather than a less intense verb (e.g. ‘contacted’), influenced the participant to estimate a higher speed. This supports the claim that asking leading questions affects eyewitness testimony.

In another study, Loftus (1975) found that leading questions can add false information to a memory. For example, in one experiment, participants were shown a video of a car journey and then asked “how fast was the car going when it passed the white barn?” despite there being no barn at all in the video. When asked to recall the event a week later, 17% of participants falsely remembered seeing a barn.

Another factor affecting eyewitness testimony is the witness’ anxiety levels. This is particularly relevant when witnesses are recalling anxiety-inducing events, such as violent crimes. 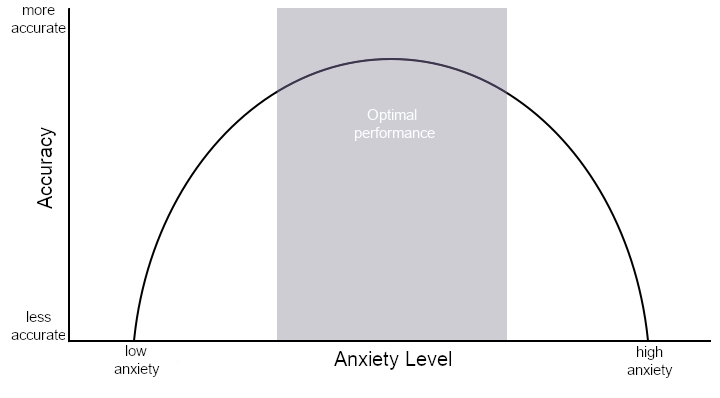 However, several studies support the inverted-U hypothesis. For example, Loftus et al (1987) found that when an incident involves a weapon, witnesses will often focus on the weapon over all other details such as the perpetrator’s face, clothes, voice, etc. This ‘weapons effect’ supports the hypothesis that very high levels of anxiety reduce the accuracy and detail of eyewitness testimony. Further, a meta-analysis by Deffenbacher et al (2004) found high levels of stress negatively affect eyewitness testimony, further supporting the inverted-U hypothesis.

Improving the accuracy of eyewitness testimony

Psychologists have applied the kind of research above to develop methods for improving memory recall. An example of this is the cognitive interview.

The cognitive interview is a method of conducting police interviews to improve the accuracy and detail of eyewitness testimony. It draws on some of the research above, such as the need for cues to help trigger memory.

The elements of the cognitive interview are as follows: